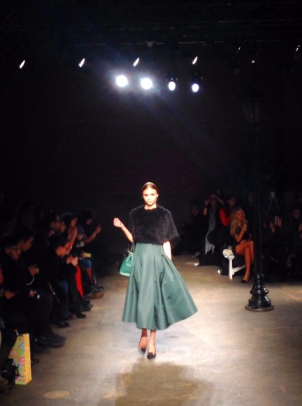 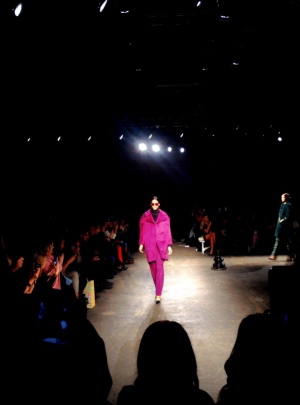 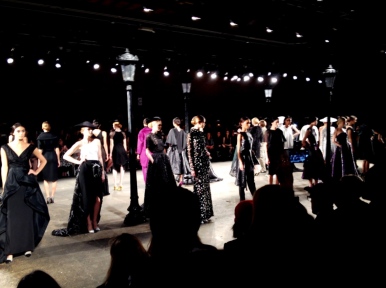 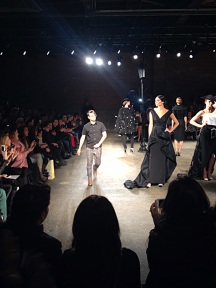 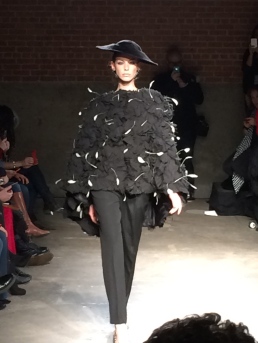 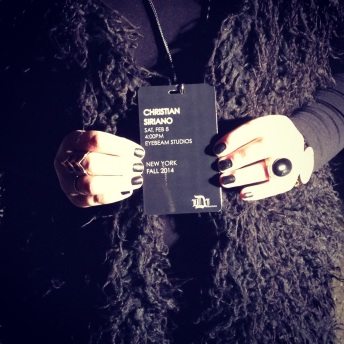 This New York Fashion week I was able to participate in two events via my internship. First was New York Men’s Day on the Wednesday before NYFW’s official start date, which featured seven menswear designers showing presentations at Industria Superstudios. While an awesome production, being able to work the agency’s presentation of Christian Siriano’s Fall/Winter 2014 collection was the highlight of my Fashion Week experience.

Held Saturday at the Eyebeam Art + Technology Center on West 21st Street, I was eager to begin the day. When I arrived to the space I noticed immediately how different this event would be from Wednesday’s menswear presentations. Models streamed in and out of hair and makeup while benches and lighting were being set in the runway space, as Siriano, who I’ve heard from office chatter is a bit a of diva, ran from space to space giving orders on final details. I was so excited to be in a room with so much energy!

My first assignment for the day was to place seat cards in the appropriate spots. An avid fashion blog reader, I had a minor fan-girl moment when I realized some of my favorite bloggers were going to be in the audience, including Blair Eadie from AtlanticPacific, Dallas Shaw, and Bravolebrity Courtney Kerr. However, it was funny to realize that Kent State professor Scott French had a better seat than all of them. But that didn’t stop Shelbi and I from grabbing a picture with Courtney after the show – we’re Bravo addicts, not our fault.

After placing seating cards I was quickly given the job of runner for the show, acting as the liason for the press between the front and back of the house. I was able to check in writers, newscasters and photographers from several different outlets, including E! News, InStyle, Style.com, among others, then escorted them to backstage to help setup for their interviews with Siriano. With this responsibility I was lucky enough to see everything happening backstage and dress rehearsal of the show. Everyone was running around in such a tiny space, models trying to eat some food while being zipped into dresses and social media personnel snapping their pictures for Instagram while giant cameras shifted between the madness and Siriano to fill footage requirements. It was such a whirlwind!

Besides being able to talk to the media and work backstage, the best part of my assignment was being able to view the entire show. Siriano’s collection was stunning, with sophisticated designs in bold colors and textures. I’m so glad I was able to take part in the experience!