No sleep in Rome.

That was the theme for the few days I skipped out of Florence to go meet my family in the capital city. The second most visited city in the EU after Paris, I was really excited to let my inner history nerd out for a couple days as we toured the ancient city.

My mother, God love her for passing this trait on to me, never travels without an itinerary. And I’ll say, she did a great job of planning this trip. We hit every major tourist attraction in Rome, so props to you, Alison.

I took the fast train from Florence to Rome Monday morning, which took about an hour and a half. Once I arrived, and after several minutes of hugging every member of my family, we walked from Hotel Saturnia to the Colosseum. The massive sporting arena famous for its gladiators was surprisingly quiet, as tourist season had ended just a few days before our visit (thank goodness). Unfortunately, this also meant the site was under some construction, covered in scaffolding in some parts, and not allowing us to roam through the arena’s maze and dungeons. But in the spirit of making the most of everything, we grabbed a video tour and walked through the open structure. I blame it on Lizzie McGuire and Pinterest, but I was a little underwhelmed by it altogether.

Tickets to the Colosseum also includes entrance to the Roman Forum, but with the slow season the site’s hours changed, and we unfortunately go there too late to go inside. Instead, we walked around and got an aerial view of ancient Rome, which was really, REALLY cool.

We ended the day with dinner on Via Urbana, which was right by own hotel. I highly recommend this street! It’s full of restaurants, and we ended up eating there every night. It was so funny to hear my family rave about how great the food is in Italy, when I was like “… I eat this everyday. I miss Taco Bell.” My sister, who is 15, tried her first sip of wine, a Chianti, this night, which was the most humorous thing I’ve ever seen in my life – picture one of those Youtube videos of babies eating lemons for the first time. 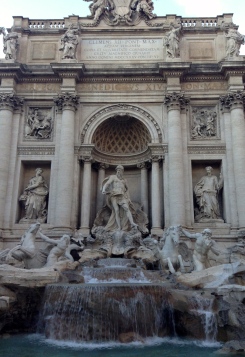 The next day we went on a 5 HOUR tour of Vatican City with Through Eternity tours. This was one of the highlights of this trip, by far (again, the history nerd). Our tour guide was great, giving us an in-depth description of the Vatican Museums that make up a majority of the 100-acre country. Those Roman Catholics (and I’m allowed to say this), their less-than holy history sure makes for some great stories and collections of artwork. I even managed to sneak a great picture of the Sistine Chapel, so the trip was ultimately a success.

We ventured the Trevi Fountain after returning from Vatican City. Again, another thing that was ruined by Lizzie McGuire because it gives you such high expectations! But it was still worth seeing and throwing coin in. We roamed around until heading back towards Via Urbana for dinner where I had the BEST CALZONE OF MY LIFE at Grazie a Dio e Venerdi. Pumpkin flowers and ricotta cheese – magic. Absolute magic. 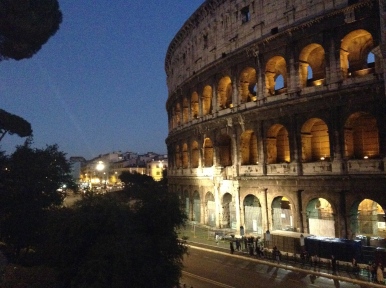 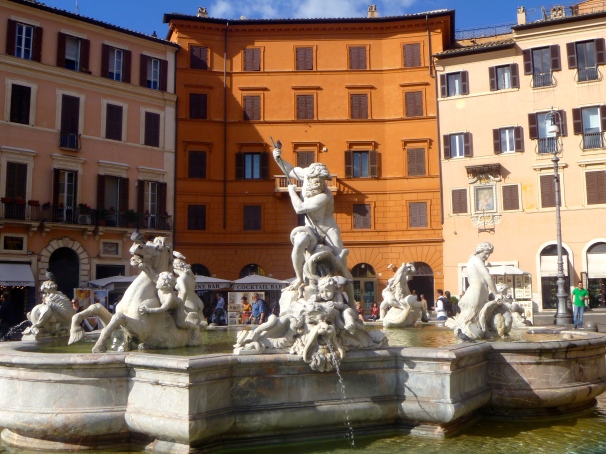 Wednesday was our last full day in Rome. We started early (as usual) with a trip to the Roman Forum. We decided to not get a tour of the ruins, which we soon regretted, but the idea that I was walking on the same streets that Julius Caesar did was enough that I got over it quickly. Rick Steves said we would only spend an hour here – false. We spent three hours walking through the ruins of temples, storefronts, homes, public arenas and gardens. We spent the rest of the day roaming around the city, venturing to Campo dei Fiori and Palazzo Navona to rummage through the markets and artists, and later seeing the Pantheon, before enjoying our last dinner in Rome at Tavern Urbana.

After living in Italy for three months, I was eager to go back to my tiny Firenze. I loved Rome for all the reasons you should – the history, the ruins, the art – but as a large tourist city it took everything I hate about Italy and blew it out of control. Overpriced restaurants, cheap souvenirs, crazy vendors and long lines overshadowed what should have made me think Rome  is an awesome city. But I guess I’m just spoiled in Florence.

Some tips for Rome: